She had been the pioneer in cosmetics industry, initiator of cosmetical education in Switzerland and founder of the professional association of cosmeticians in western Switzerland (FREC). Lydia Daïnow became internationally known through the sensational success of the “Peeling Végétal”. Her knowledge, philosophy and engagement have been very much appreciated and praised. The cosmetical care and product range of Lydia Daïnow still have not lost their relevancy and topicality.

Lydia Daïnow was born in 1901 in Geneva. Her parents moved from Russia to Switzerland in 1890 and both have been doctors. Lydia also commenced her medical studies, however, she quit because of her marriage in 1920.
At this time, a new professional group in the area of aesthetics emerged which influenced the path and career of Lydia Daïnow significantly: the cosmetics industry. At that time, there were no specific education nor qualification opportunities. Collaboration with medicine was the only possibility to learn the relevant skills.
Before Lydia Daïnow opened her first cosmetics studio in Geneva in 1934, she travelled to Paris and had the opportunity to improve her skills alongside the famous Dr. Lucien Jacquet. He is know because of his method “Pincement et Pétrissage” (pull and knead) which is very much appreciated and practised even in this day and age. Lydia Daïnow rapidly developed  exemplary manual skill and accuracy.
In her salon, Lydia wanted to enable a professional education for all young girls who would like to learn the profession of a cosmetician. Her institute was the first in Switzerland which offered personalised effective skincare and the possibility to learn the neccessary techniques.
The year 1934 was shaped by a further major event: professional use and application of the “Peeling Végétal” which was designed shortly before. This high quality cosmetical product lead to spectacular results in the area of extensive skin regeneration in Switzerland and abroad. This success of Lydia helped her to reach international reputation.

“The power  of nature offers us broad active ingredients for gentle regeneration of every type of skin.”
Lydia Daïnow (1901 – 1980) 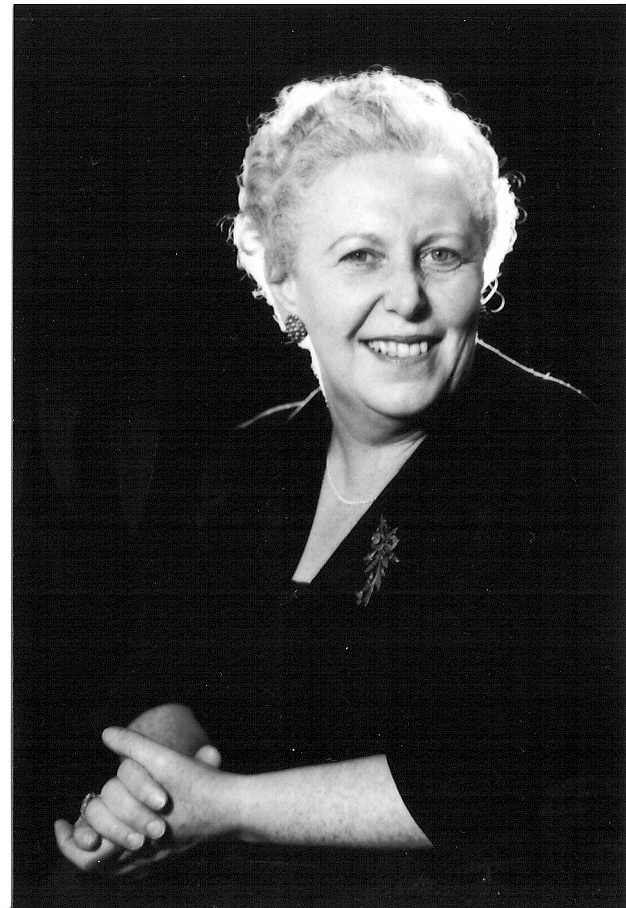 Recognition of the profession of a cosmetician in Switzerland is thanks to Lydia. After the second world war in 1946, she founded the “Fédération romande d’esthétique et de cosmétologie” (FREC), the counterpart of the “Fachverband Schweizer Kosmetikerinnen” (FSK) in German-speaking Switzerland. The year 1946 is also the year of the formation of the “Comité international d’esthétique et de cosmétologie (CIDESCO), founded by Monsieur Poirsons from France, Monsieur Dumont from Belgium and Madame Daïnow from Switzerland. CIDESCO exerted an decisive influence on cosmetics in general. Over the years, Lydia Daïnow was repeatedly honored and highly commended and cited by CIDESCO for her tireless commitment and her wide range of work relating to cosmetics. In her continuous efforts for perfection she quickly became aware that not every product matches each skin type. She conducted countless studies and developed her own theory which says, that certain criterias – depending on the skin type – need to be taken into account when applying care methods and cosmetic products.
The 50s went well for Lydia Daïnow. She married her childhood friend Jean Cogan. He was a graduate chemist. On the basis of his profession, he was able to concretise and realize all ideas of his wife.
Lydia Daïnow died in 1980 at the age of 79 – her life’s work continues to live. Nowadays, the products are being produced and distributed in Herznach, in line with Lydia Daïnow. 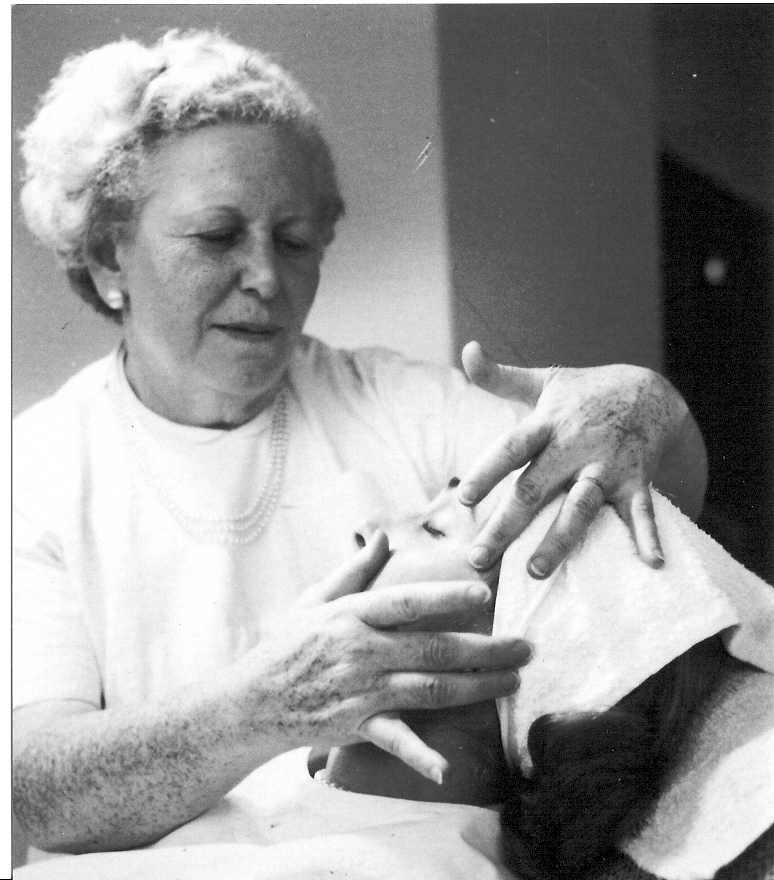 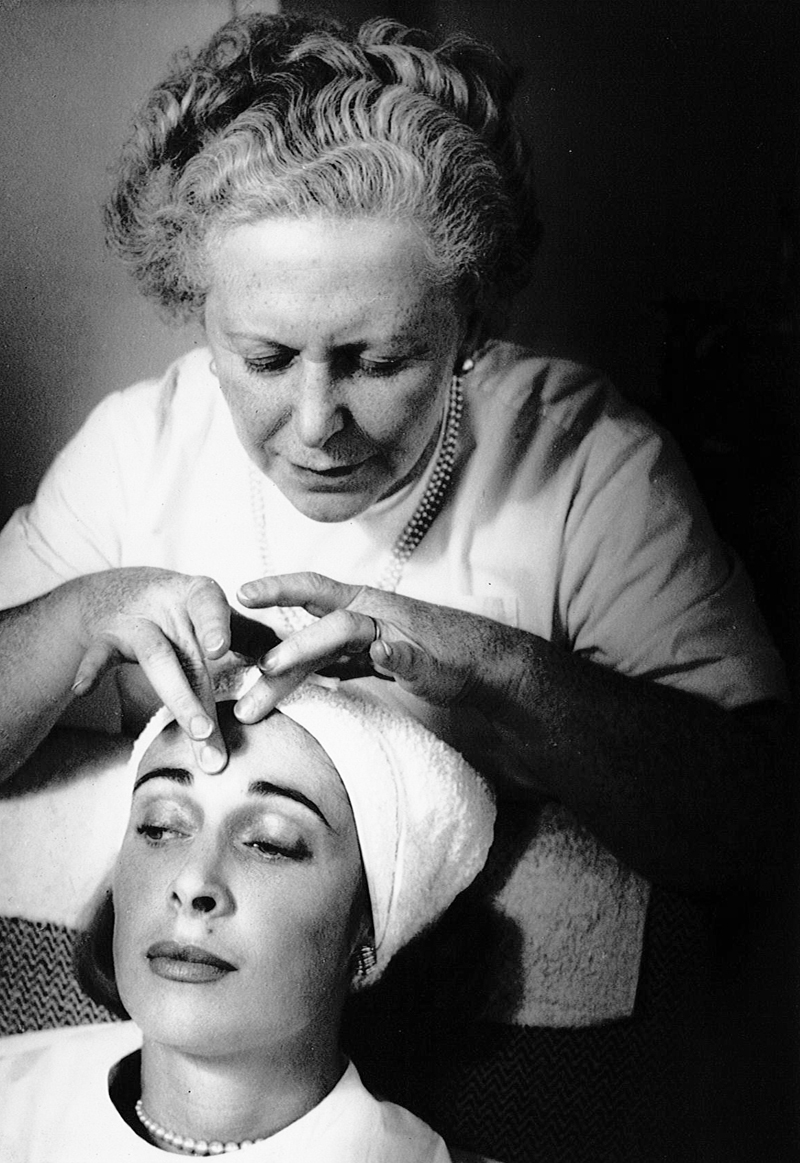 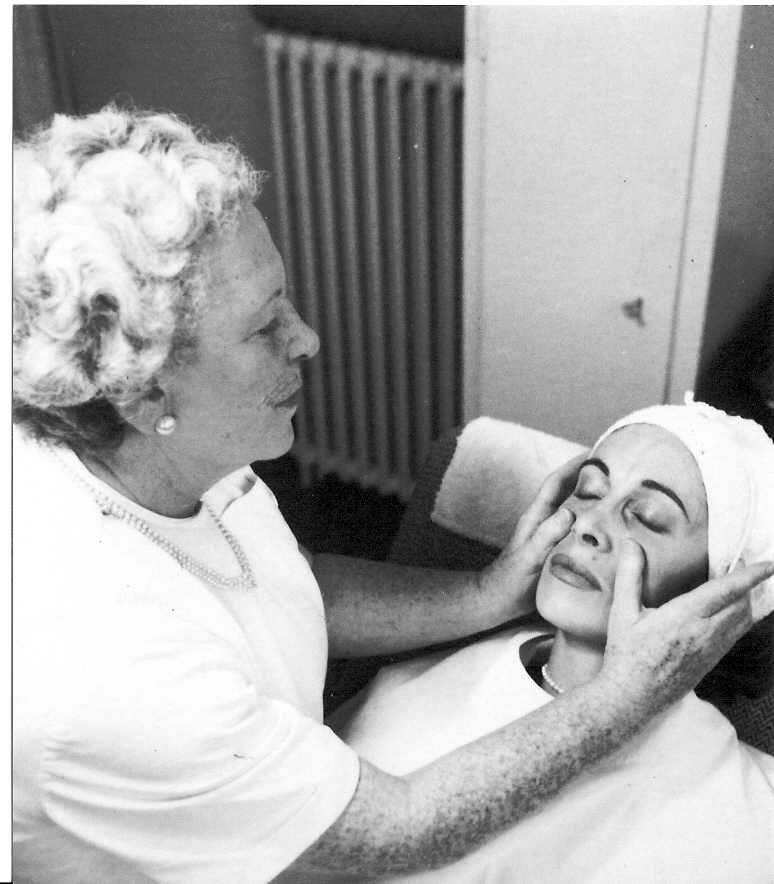